Our principal, Leanne Edwards and her team of expert teachers of theatre arts are able to get the absolute best out of your child. 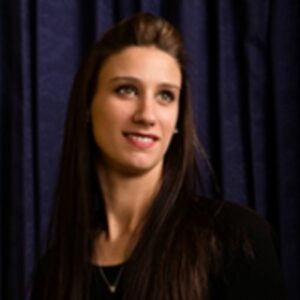 Having qualified as an ISTD teacher, Leanne opened her own dance school in 2005 and LESTA was born.

Sixteen years later, she moved into her own dance studios and is delighted to welcome past, existing and new students to her wonderful, purpose-built space. Leanne loves teaching and enjoys nurturing the talents of her students, seeing them blossom and grow as people as well as dancers. LESTA is a friendly, welcoming school and embraces everyone who wants to enjoy the wonderful world of dance and musical theatre.

Fun Fact: Leanne used to work in a letting agent dealing with the administration and letting contracts. This job has really helped Miss Leanne’s administration for the school.

Leanne has performed in many locally based theatre shows, including lead roles in Hello Dolly, Sound of Music, Oliver!, 42nd Street, Annie and Calamity Jane and has performed in two professional pantomimes.

She has also danced at the 2000 Olympics in Australia, performed in a charity gala on the stage of the London Palladium (twice) and Her Majesty’s Theatre.

Leanne choreographed two professional musicals that ran at Edinburgh and Brighton Fringe Festivals and toured the South East. She choreographed Janus Theatre Company’s “Hedwig and the Angry Inch” which received critical acclaim from a renowned West End producer following its production at the Yvonne Arnaud Theatre in Guildford and Five Star reviews at the Edinburgh Fringe Festival.
Read More 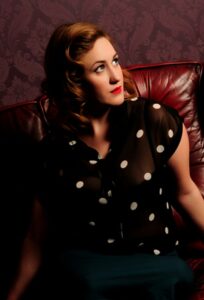 Having assisted the teachers during dance classes, she realised that teaching dance brings a great feeling of achievement and enjoyment and she trained as a teacher at the Deborah Capon College in Kent. Upon leaving, she joined the teaching staff at LESTA in 2007 and has watched the school grow and blossom over the years.

She studied for 3 years at Deborah Capon Dance College. She has always loved to perform taking part in Christmas pantomimes as a child at The Wimbledon Theatre, and being part of the chorus in Joseph and the Technicolor Dream Coat whilst it was on tour.

She also has performed on the London Palladium stage with a performance group. This led to joining the local youth theatre group where she took part in annual musical stage performances, and in her final year at college she landed the lead role as Tracey in the college’s version of Hairspray.
Read More 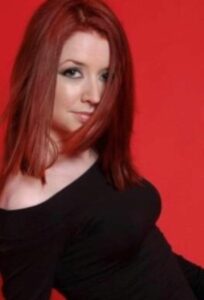 Higher National Diploma in Performing Arts at Italia Conti Academy of Performing Arts
DDE Ballet and Tap
Working towards DDE Modern
Working towards Licentiate Ballet
Qualified Teaching and Learning Status (QTLS) which allows her to teach GCSE and A Level dance.
First Aid Trained
Licenced Chaperone
Angela has a passion for dance, and this really shows in her teaching style.

The students have fun, learning in a creative environment yet challenging themselves to broaden their knowledge and skills. Angela is currently working towards her higher teaching qualifications and is excited to be part the team at LESTA.

Fun Fact: She has two little boys, William and Oliver and they keep her very busy!!

Angela trained at the Italia Conti Academy of Performing Arts from the age of 11yrs and gained her Higher National Diploma in Performing Arts. Angela then went on to have a 12-year professional dance career where she performed around the world on tours, cruises and theatres. (It was fantastic!!)

She has had the opportunity to dance and work with some amazing dancers and learn even more styles such as Irish, Burlesque, Aerial, Latin, Ballroom and Adage. On all these shows Angela was Dance Captain, Lead Dancer and Production Manager and has a wealth of experience in maintaining show teams and high standards in her dancers.

After returning to the U.K Angela choreographed and produced a show with her sister (a professional musician) and raised a large amount of money for the charity Marie Curie. The show team comprised of 15 professional dancers, 3 singers and an 18 piece live Big Band, an achievement she is very proud of.
Read More 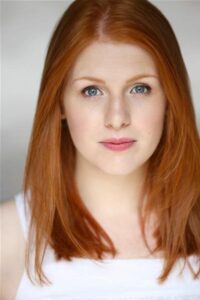 Emma has a passion for teaching and loves using her skills to create really fun lessons and challenge student’s creativity and build confidence. She is currently training as a vocal health first aider and loves mixing the technical side of singing and drama with the creative side.

She loves the passion and energy the students at LESTA bring and cannot wait to meet even more new faces!

Emma is absolutely loving being part of the LESTA team.

Fun Fact - Emma didn’t take her first singing lesson until she was 11 and fell in love with the technique behind singing from that moment.

Her roles while training include Dance Captain/Ensemble in Spring Awakening, Jean in London Road, Ensemble in Chess and her favourite role of Violet Hilton in Side Show.

Her most recent professional credit is Maid Marian in the UK Tour of Robin Hood.
Read More 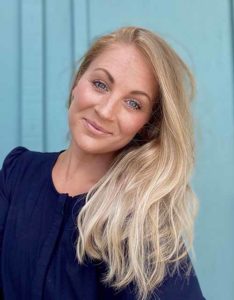 Diploma in Jazz Dance and Commercial Theatre
ISTD Qualifications in Modern and Tap
Acrobatic Arts Qualified
Louise started dancing at the age of 3 at a local dance school in Woking and quickly realised that Dance and the Performing Art was what she was destined to do. At 16 she went into full time training at Elmhurst School of Dance gaining a diploma in Jazz Dance and Commercial Theatre as well as her ISTD teaching qualifications in Modern and Tap. As well as 18 years teaching experience, Louise also has had a successful professional performing career, which landed her all way in New Zealand!

Now back in the UK Louise is excited to work with local dancers, teachers, professional performers and studios to pass on her knowledge. She is a huge advocate of safe dance practice, training longevity in dancers and creating a positive nurturing environment for dancers to thrive, be inspired and reach their full potential.

Her professional performing credits include : Thursford Christmas Spectacular (Stage), The Mobo Awards (Stage), Captain America (Film), Judge John Deed (TV), Diamond Entertainment (Events) and P&O Cruises- MV Arcadia, MV Oriana and MV Aurora (Stage) as a Dancer, Dancer/Singer and Head Girl. Moving to New Zealand 9 years ago, Louise knew she wanted to continue her passion for dance and teaching which lead her to set up Louise Emma Academy Of Dance (LEAOD) on the beautiful Waiheke Island. Throughout its 7 years in operation, the studio quickly became a reputable training facility known for its high standards in the Auckland region. Louise’s pupils competed through New Zealand and Australia making it to the National Finals in both countries with both soloists and Troupes.

During this time, Louise also had the opportunity to up skill her ISTD qualifications, become a qualified Acrobatics Arts teacher and adjudicate at a large competition in NZ. After handing over her studio on Waiheke, Louise went on to work and choreograph in some of the top NZ Dance studios in Auckland before heading back to the UK to be back with family.
Read More
book a trial
contact us 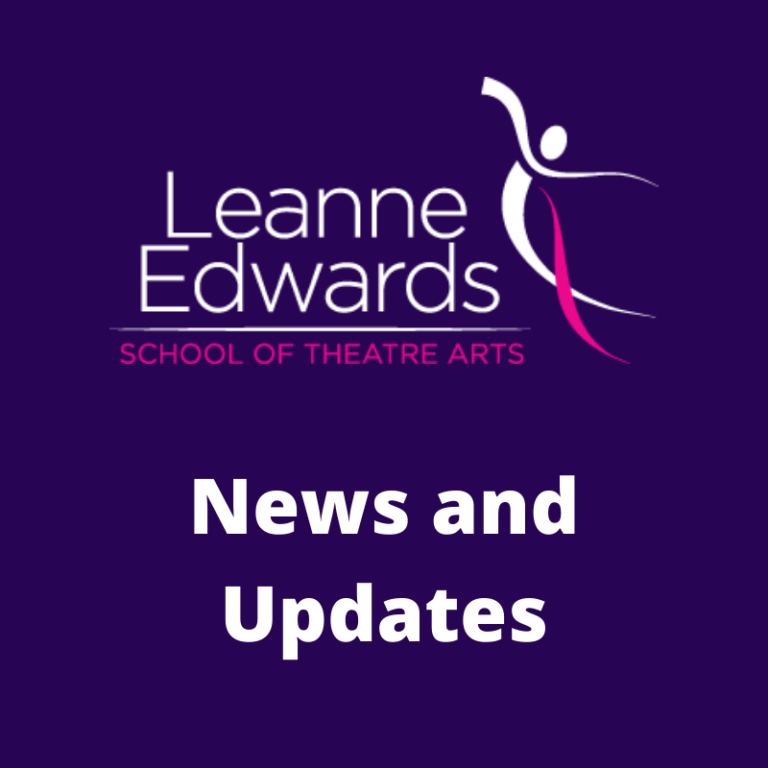 TICKETS ON SALE!! Our 2022 show ‘SEASONS CHANGE’ is in July and it’s going to be insane!!! Grab your tickets now and come support our incredible dancers in their first show since lockdown! Tickets can be purchased from The Ambassadors Box Office
Read More

Rosina Andrews Method Dance Development Day Sunday 14th November 2021 10am-3.00pm We are going to have such a treat on Sunday 18th July! I have managed to secure one of the most sought-after workshop providers! Rosina Andrews! Rosina Andrews was Influenced by her time living in NYC, Rosina's work is fresh, current and unique. She […]
Read More 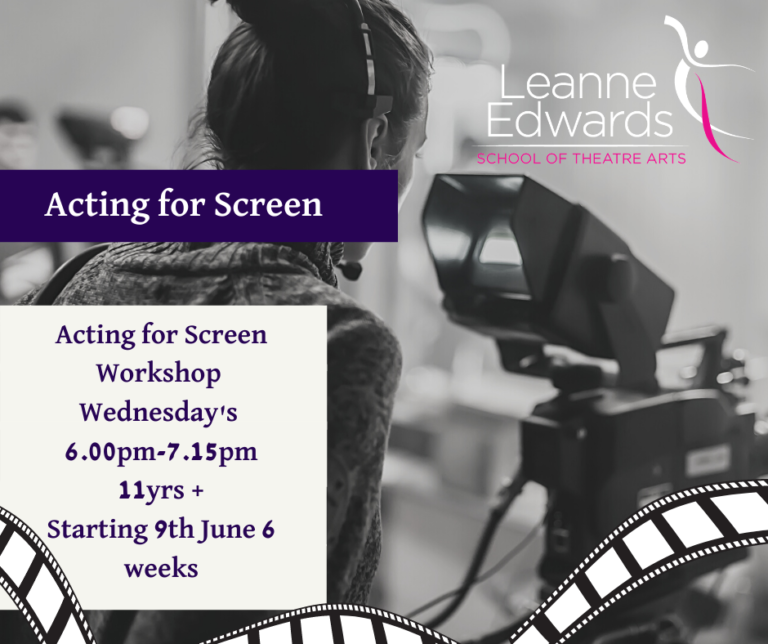 ????Have you always dreamed of acting in a TV show or even a Movie? ???? Did you know that Acting for Stage and Screen use the same techniques but are applied in completely different ways? With our Acting for Screen 6-week course you can learn the basic techniques: ????Differences between Acting on Screen and Stage ????How to Act on Screen ????How to produce a self-tape ????Evaluate a self-Tape ????Monologues ????Duologues ????Movement & Voice This short course will provide you with the basic tools to How to Act on Screen. The course is suitable for those 11yrs+. The course will run on at 6.00pm-7.15pm every Wednesday for 6 weeks from 9th June 2021. The cost of the course is £60.00 for the 6 week course. There are limited spaces available! Book your space on the course
Read More

Are you stuck trying to find the best dance, musical theatre or drama school for your child?

Signup to our Mailing list below and we will send you a free guide on what to look out for when choosing the right school. Qualifications, Pricing, Opportunities and much more.